What Is Exotic Fish?

If you’re looking for a taste of the exotic, then this is the place to be. Frozen Fish Direct has everything from tuna and swordfish right up to marlin, and red snapper is flown fresh from fishermen in Asia or America – all at your fingertips!
Order one today before their stock disappears!

The oceans are home to 20,000 species of fish. Most people don’t realize that many varieties are currently threatened by overfishing – and this is largely due to the huge demand for these types of fish as popular menu items at restaurants around the world.
The best way you can help take pressure off your favourite type of seafood? Eat a wider variety, buy from sustainable fishers when possible, so they stay in business longer than their unsustainable counterparts!

Dory fish has been a staple in cookbooks for over 200 years and is seen as the most delicious. The body is laterally compressed, creating an excellent fillet, while its bones can be used to make rich seafood soup stock with some minor tweaking of recipes that call for vegetables or noodles (such as cream sauce).
Dory also provides small scales perfect for crisping up breading on baked dishes like potatoes – it’s not just fried food anymore! And don’t forget about Dory cheeks which are arguably one of the best parts of any fish.

In Japan, they call this “renkodai”, which translates to red snapper. The fish is typically cut for sushi or sashimi with a delicate taste that resembles the colour of their namesake.
It has an elongated filet good for frying, and its skin will crisp up well in a pan when cooked – unlike other thick-skinned fishes like halibut that are better suited as steaks instead of having less fat. On them, but still yields delicious results!

Tuna, a popular fish for sushi enthusiasts and those looking to add variety to their diet. Every piece of tuna will have its flavour depending on how long they are cooked and what kind of spices are added, if any at all.
However, when you grill your favourite cut with salt, only then does it become truly delicious!

The flesh of the tuna ranges from very light pink to deep red, depending on the type. Prime raw tuna steak may have a darker brown spot that is edible but has a much stronger flavour. The fishmonger usually trims this away before selling it.

Tilapia is a mild-flavoured, inexpensive fish that many people enjoy for its protein content and lack of an overwhelming flavour. It’s also rich in vitamin B12, phosphorus, selenium and potassium – making it one tasty way to get your daily nutrients!

The swordfish is a staple in the seafood world, and it’s prized for its delicious taste. The flesh of this prized fish has an intense flavour compared to beef or pork if you’re looking for something similar. It’s also lower on fat than those two choices.

The firm flesh makes this an excellent choice when grilling, broiling, sauteing or poaching – but there are plenty of other ways you can enjoy your fresh swordfish.
The available options range from sandwiches with hearty bread to light salads if you’re looking for something more refreshingly simple.

Hake are a type of fish that can be found at depths over 1,000 metres in the ocean. Hake is commonly eaten by those living in Spain and Portugal, one of their most popular dishes.
The fleshy meat comes with an excellent texture similar to cod but much softer and less oily than its more expensive counterpart, making it perfect for frying or baking!

Yellowtail Kingfish is a fish characterized by its pale pink flesh and sweet, rich flavour and is commonly found all over the world. It can be enjoyed in many ways, including Japanese sashimi or sushi; Thai dishes such as pad thai or green curry. It can be cooked in various ways, such as grilling it over an open flame: this gives it deliciously crispy skin, like bacon! The fillets can also be steamed in lemon juice before being baked for 15 minutes at 375°F until they are golden brown on both sides.

Yellowtail Kingfish is a versatile, delicious and nutritious fish. It has many great qualities, including high in nutrients such as a protein with low calories of fat that are lean on the body’s heart. Yellowtail also helps maintain healthy metabolism systems by reducing risks for Type 2 Diabetes while providing essential oils like Omega-3 to promote health within your immune system, reducing diabetes risk factors too!

The Mackerel is a robust fish with light flesh that has more flavour than most. It can’t be called “fish lite,” but it’s not too heavy either! The dark, meaty streak under the skin along the lateral line provides an excellent bite when fried and prepared well.

Mahi-mahi is an incredibly popular fish. No matter what you call it – whether it’s Mahi or dorado, this powerful swimmer will be sure to please your palate no matter where in the world you find yourself! With a beautiful array of colours, they are sought after by game fishermen and foodies alike for their unique flavour profile.

Mahi-mahi is the perfect fish for any occasion, taste and dish. It can be grilled to perfection or ceviche style with various spices such as salt, pepper & lime sauce. The possibilities are endless when cooking this versatile deepwater fish.

Do pregnant people need to worry about eating sushi?

It's usually considered safe for the unborn child, but it is best to make sure that all of the fish has been frozen first. You should also limit your intake of some types of oily and fatty fish while you're expecting like tuna or mackerel.

Can you eat all fish raw?

Many types of fish can't be eaten raw. Some people like the taste, but some people don't and it's not always recommended to eat those fish uncooked because they might make you sick if infected with bacteria or parasites. Japanese cuisine has been incorporating sushi and sashimi for centuries, as long ago as the 8th century A.D., when it was introduced by Buddhist monks who had travelled to China before settling on Japan’s shores.

What is the most expensive edible fish in the world?

The most expensive fish in the world is a bluefin tuna, which has been sold for around $300k. The price of this type of sushi-ready seafood can double every year!

How do you know if fish is edible?

With fish, it's all about the flesh and skin. If you're not sure if a piece is still good to eat then here are some signs that'll help: If your seafood smells overpoweringly of ammonia or has any other questionable qualities like mushy sliminess or anything else out-of-the-ordinary for fresh-caught meat, discard it. It's always better to be safe than sorry! 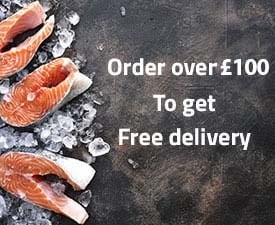